Lottery health cash injection to get people fit and active 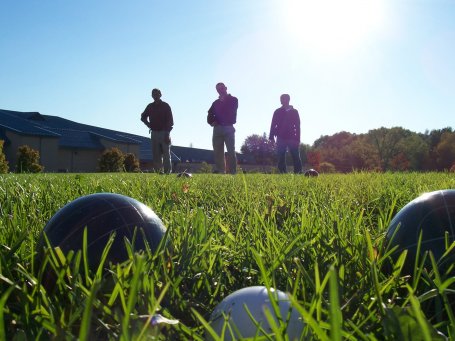 Sport's role in helping us all get and stay healthy has been given a boost, as Sport England announced £5.8m of investments through its new Get Healthy Get Into Sport fund.

"If physical activity was a drug it would be regarded as a miracle," says the Chief Medical Officer, Professor Dame Sally Davies.

"Even relatively small amounts of exercise can have huge benefits to your health and help prevent serious health conditions like diabetes, cancer and heart disease for example, adults can get their 150 minutes of activity a week in sessions of ten minutes or more.

Fourteen groups are benefitting from Sport England funding which comes as new research shows that the cost of inactivity to the NHS in England is £944 million.

A grant of £500,000 to Macmillan Cancer Support means the charity can support many more women like 42-year-old Kate Gross, a breast cancer survivor from Dorset who was helped to get involved in a dragon boat team.

"Chemotherapy treatment is a gruelling process - both physically and mentally," Kate says. "I have been involved in dragon boating for a few years, with a group set up specifically for breast cancer patients. This has been a lifeline, not only the exercise but the support of people who understand what you are going through."

Macmillan's work will open up sporting opportunities for cancer patients in 10 parts of England, including work in Oxford to help 14- to 25-year-olds with cancer to get active. Macmillan is investing a further £230,000 in the scheme.

"Every year in the UK hundreds of millions of pounds is spent on drugs to help prevent and treat cancer," says Ciarán Devane, Chief Executive of Macmillan Cancer Support. "However being physically active significantly helps reduce the side-effects from treatment and for some cancers prevents recurrence and death."

A partnership led by County Durham Sport is using its £500,000 grant to get people at risk of cardio-vascular disease and diabetes and involved in a range of sports.

While the British Heart Foundation National Centre will use its £499,969 grant to work with councils and health partners in Newham, East London to educate doctors about the health benefits of sport and then track the progress of inactive people who take up sporting opportunities.

"We are paying a heavy price for inactivity both in terms of people's health and the burden on the NHS," says Sport England Chief Executive Jennie Price. "These lottery-funded projects will help tens of thousands of people to get healthier and demonstrate the value of investing in sport and physical activity."