Stay up to date with the latest news from Blaby Staying Healthy Partnership. If you have some news you would like us to feature please get in touch. 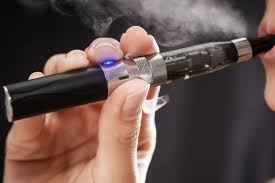 ASH has released new data today which finds no evidence that children are being recruited to smoking through their use of electronic cigarettes. [1]

The ASH survey found that more young people are now aware of, and have tried e-cigarettes but regular use is still rare and confined largely to those who currently smoke or have previously smoked.

Understanding of e-cigarettes among young people is generally good, with nearly two thirds (63%) of those who have heard of e-cigarettes believing correctly that they are less harmful than tobacco cigarettes. However, there has been a rise in the proportion of young people who mistakenly believe that e-cigarettes are equally as harmful to the user as cigarettes. Between 2013 and 2016 the proportion believing that the electronic devices are as equally as harmful increased from 11% to 23%.

The new research is being released on the closing day of a consultation by the Committee on Advertising Practice on the domestic advertising of e-cigarettes. [3] Until the implementation of the Tobacco Products Directive on 20th May 2016, e-cigarette manufacturers were allowed to advertise on television and other media with few restrictions. However, this does not appear to have had any significant impact on youth use of e-cigarettes. ASH believes that the proposed new code of practice by CAP and BCAP will continue to protect children from most forms of e-cigarette marketing while ensuring that adult consumers are provided with the facts about the relative risks of e-cigarettes compared to tobacco use.

"E-cigarette advertising permitted under the CAP code should enable adult consumers to make informed choices about the products while ensuring that children are protected from inappropriate marketing."

Are you planning on getting some fresh air this weekend?